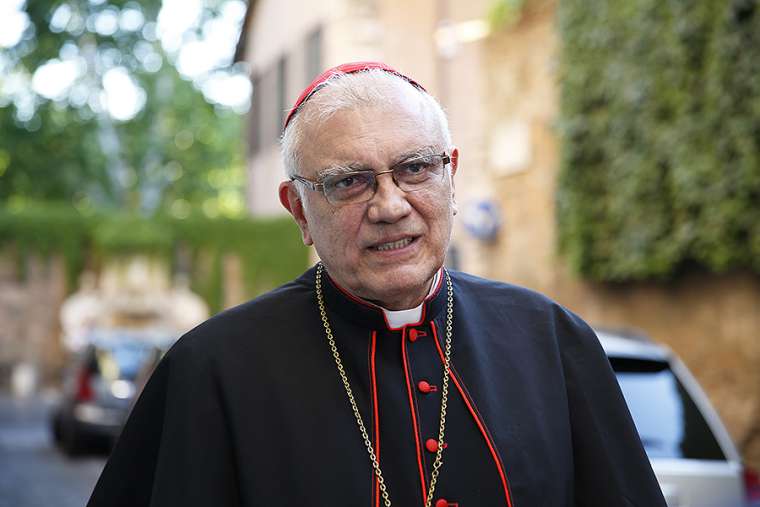 Merida, Venezuela, Feb 7, 2019 / 03:41 pm (ACI Prensa).- The Archbishop of Merida has ruled out Vatican mediation of the Venezuelan crisis after president Nicolas Maduro made public a letter to Pope Francis requesting intervention.

“I think the circumstances say no. Why? Because it’s a call with a blank sheet of paper, but to talk about what, there’s no prior agenda,” Cardinal Baltazar Enrique Porras Cardozo of Merida told Radio Continental, an Argentine news station, Feb. 6.

The cardinal, who is also serving as apostolic administrator of the Caracas archdiocese, noted that on prior occasions when the Vatican participated as a facilitator of dialogue, what the Vatican got from Maduro’s government was a “mockery.”

“That’s what you really have to call the times the Vatican has been called in,” Cardinal Porras said. “Out of good will the pope wanted to send someone, but it all came to naught.”

Additionally, the intention of Maduro’s government to seek “a cosmetic way out” makes Vatican mediation “non-viable,” he said.

During the in-flight press conference en route from Abu Dhabi to Rome Feb. 5, Pope Francis said that mediation “takes the will of both parties, it has to be both parties who ask for it.”

Opposition leader Juan Guaidó, who has declared himself interim president of Venezuela, has not requested the Vatican’s mediation. Guaidó has been recognized as Venezuelan president by the US, Canada, much of the European Union, and several Latin American nations.

Cardinal Porras said that “it’s already routine for the government, when it feels under pressure, up to its neck in water, to call on its friends,” which include “countries that cannot be trusted at all in the cause for democracy … that is not the way to go.”

Among the nations supporting Maduro are China and Russia.

We use cookies on our website to give you the most relevant experience by remembering your preferences and repeat visits. By clicking “Accept All”, you consent to the use of ALL the cookies. However, you may visit "Cookie Settings" to provide a controlled consent.
Cookie SettingsAccept All
Manage consent

This website uses cookies to improve your experience while you navigate through the website. Out of these, the cookies that are categorized as necessary are stored on your browser as they are essential for the working of basic functionalities of the website. We also use third-party cookies that help us analyze and understand how you use this website. These cookies will be stored in your browser only with your consent. You also have the option to opt-out of these cookies. But opting out of some of these cookies may affect your browsing experience.
Necessary Always Enabled
Necessary cookies are absolutely essential for the website to function properly. These cookies ensure basic functionalities and security features of the website, anonymously.
Functional
Functional cookies help to perform certain functionalities like sharing the content of the website on social media platforms, collect feedbacks, and other third-party features.
Performance
Performance cookies are used to understand and analyze the key performance indexes of the website which helps in delivering a better user experience for the visitors.
Analytics
Analytical cookies are used to understand how visitors interact with the website. These cookies help provide information on metrics the number of visitors, bounce rate, traffic source, etc.
Advertisement
Advertisement cookies are used to provide visitors with relevant ads and marketing campaigns. These cookies track visitors across websites and collect information to provide customized ads.
Others
Other uncategorized cookies are those that are being analyzed and have not been classified into a category as yet.
SAVE & ACCEPT
Invite Marcus Peter to Speak

Invite Marcus Peter to Speak. Marcus Peter is available to speak to your parish, conference, school, retreat, or pro-life group.

Familiarize yourself with the prayers of the rosary:

Familiarize yourself with the prayers of the rosary.

Please fill out the form to invite Sarah to speak for you!

Please fill out the form to invite Teresa to speak for you!

Please fill out the form to invite Greg & Lisa to speak for you!

Please fill out the form to invite Coleen to speak for you!

Please fill out the form to invite Tom to speak for you!

Please fill out the form below to invite Peter to speak for you!

Please fill out the form below to invite Ray to speak for you!

Al Kresta is available to speak to your parish, conference, school, or pro-life group.

Please read the information below and fill out the form to invite Al to speak for you!

Al is a nationally known speaker who has collaborated with Ave Maria Radio, EWTN, Catholic Answers, Franciscan University of Steubenville, Legatus, the Archdiocese of Detroit, Sacred Heart Major Seminary, Catholics United for the Faith, the Knights of Malta, the Knights of Columbus, Right to Life groups and many others.  He has appeared on numerous media outlets, both on radio and television.